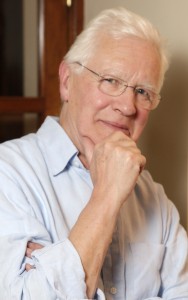 Jeremy Nicholas is an actor, writer, broadcaster and musician. He was born in Wellington, Shropshire, raised in Stafford and educated in Gloucestershire (Wycliffe College, 1957-64). For some reason, his first job was as a trainee manager in a Wolverhampton department store, He was, quite justifiably, given the sack after nine months. and then trained for three years at the Birmingham School of Speech Training and Dramatic Art.

His early stage career included Edward II and Richard II (with Ian McKellen) and two years at the famed Citizens’ Theatre, Glasgow. He won an Olivier Award nomination for his acclaimed solo performance of his own adaptation of Three Men In A Boat at London’s May Fair Theatre which subsequently toured the UK, was filmed for Channel 4, broadcast on BBC Radio 4 and recorded for Argos Spoken Word. He has starred in national tours of Beyond the Fringe, Relatively Speaking, Canaries Sometimes Sing and An Ideal Husband among others.

On location for The Good Companions with Jacquetta Hawkes, J B Priestley and Jan Francis

On television, he has played leading roles in series (The Pickwick Papers, The Good Companions, Wish Me Luck, Outside Edge), sit-coms (The Upper Hand, Birds of a Feather), a soap (Crossroads), and popular dramas such as London’s Burning and Heartbeat.  He has also appeared in two of the worst films in the history of cinema: Turtle Diary and Ishtar.

Jeremy’s work as a broadcaster for BBC Radios 2, 3 and 4 has embraced everything from contributing the words and music of over 150 songs to Stop the Week (with the late Robert Robinson) and fronting his own series (The Tingle Factor, The Shellac Show and Personal Records) to adapting and reading books for  Woman’s Hour and Book at Bedtime. He has written and presented over sixty features on subjects ranging from Latin, comic songs, and the shipping forecast to Korngold, Cziffra, Ronald Frankau and Harry Graham. In 1996 his two-hour celebration of England (on Radio 2) won the Sony Gold Award for Best Arts Programme. He has never broadcast on the network since then. In 2009 he became the first actor since Robert Donat in 1954 to narrate a live performance of Alan Rawsthorne’s Practical Cats (recorded for Radio 3). 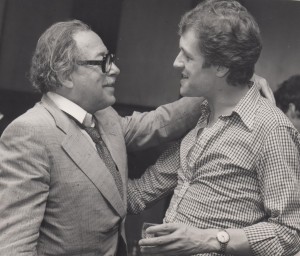 Jeremy has composed the scores for many stage plays and four major television productions including Simon Gray’s Quatermaine’s Terms and Turgenev’s A Month in the Country (BBC 2). His songs and instrumental music have been recorded by Sarah Walker & Roger Vignoles, Jody Karen Appelbaum & Marc-André Hamelin, duo-pianists Nettle & Markham, the Grimethorpe Colliery Band and organist Kevin Bowyer. His Toccata festiva was premiered by Thomas Trotter in Birmingham Town Hall in March 2013.

He has written four reference books on classical music, biographies of Chopin and Leopold Godowsky, a collection of light verse (Raspberries and Other Trifles) and an album of songs (Funny You Should Sing That) as well as the booklets for over 100 classical CDs, including the recording of his verses for Carnival of the Animals released in 2006. As a feature writer and critic, he has written for BBC Music Magazine, Classical Music and The Oldie, as well as the now defunct Classic FM Magazine, International Record Review and Classic CD. He has been a regular contributor to Gramophone for over 16 years and has written for every issue of International Piano magazine since its foundation in 1997.  For five years, Jeremy served as classical music consultant to the online music service Napster.

In 2010 he was a jury member for the first International BNDS Piano Competition in Rio de Janeiro. He is President of the Jerome K. Jerome Society and Director of Music at The Deanery Church of St. Mary’s, Bocking, one of only five archiepiscopal peculiars in England, close to where he lives in rural Essex.