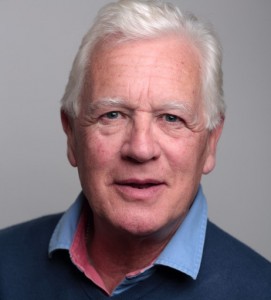 Birmingham School of Speech and Drama (1966-1969)
Prospect Theatre Company (1969-1970) Richard II and Edward II starring Ian McKellen and Timothy West, directed by Richard Cottrell and Toby Robertson. Edinburgh Festival, continental and UK tour, West End. Television productions of both.
Citizens’ Theatre, Glasgow (1970-72) leading roles included:
Gertrude in an all-male Hamlet
The Player King in Rosencrantz and Guildenstern Are Dead
The Bishop in The Balcony
Young Marlow in She Stoops To Conquer
Tusenbach in The Three Sisters
Adam in The Four Seasons
Lord Foppington in The Relapse
Len in Saved
The Emperor in The Architect and the Emperor of Assyria
Butler in Tiny Alice …’a lithe, carnivorously affable performance by the most promising new actor I have seen this year.’ The Times 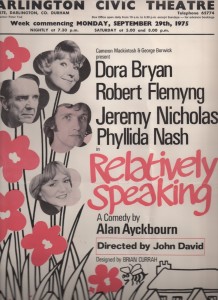